Researchers at the University of British Columbia have begun the first Canadian study of its kind into the sudden deaths of young, healthy athletes.

Dr. Saul Isserow, UBC lead researcher and cardiologist, said the goal is to find predictors that may contribute to the untimely deaths caused by cardiac issues.

“We’re trying to see if we can see in these young healthy athletes if we can predict which one of them is at risk of dying suddenly,” he said. “It’s trying to predict that rare but fatal Black Swan Event.”

“I’ve always heard of kids who had heart problems and dropped dead on the ice or in the room all over the world,” Sky said. “It’s sad to hear because I love hockey, and it’s sad to hear someone who loves it not be able to play it.”

Thirteen-year-old Sky plays Bantam A1 hockey and although he is healthy, his parents are worried about potential hereditary risks.

“My wife’s family has had early cardiac death in it and we felt like it would always be beneficial to Ari to be tested,” said Ari’s father David Sky.

For the study, 2000 competitive B.C. athletes with no existing heart conditions between the ages of 12 and 35 will be screened. Isserow said current data into this issue is coming from Europe and the United States and local research will be much more beneficial.

“We’re fortunate in B.C. to live in a multicultural, multi-ethnic, multi-racial society and it’s very difficult for us to take data from other places and extrapolate that to B.C.,” he said. “We’re trying to develop our own data base to see who here is at risk.”

“This is to make that incredibly healthy past time even safer,” Isserow said.

The study results are expected to be published within the next two years.

With a report from CTV British Columbia’s Penny Daflos.

For the original article and video click here:  http://bc.ctvnews.ca/ubc-study-aims-to-predict-fatal-black-swan-event-in-young-athletes-1.1661309 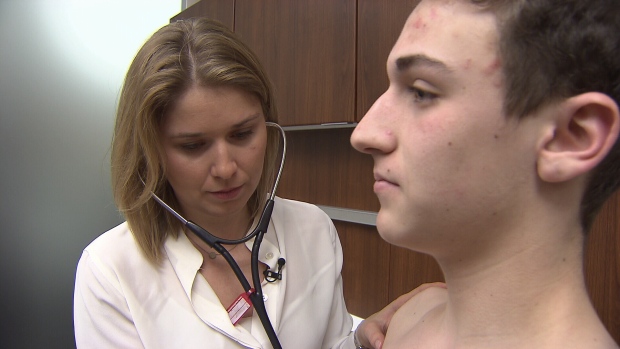